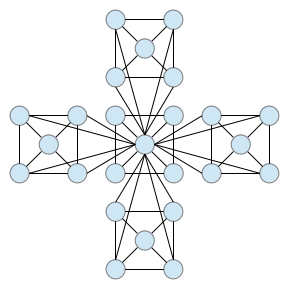 Do Churches Ever Experience Multiplication In The West?

Two weeks ago in this blog we discussed the concept of multiplication and Level 5 churches which are not just reproducing, but are actually multiplying themselves. That is, Level 5 churches are not content just to birth one more church from themselves, but are actually seeking multiple churches to be simultaneously planted from themselves. We hear various stories of multiplication happening in  developing countries like Nepal, but are there any examples of this occurring in the west?

There are very few examples to draw on, as we noted in our last post. Nevertheless, there are a few examples which we may be encouraged and inspired by. In this post, I will just describe a few stories for our inspiration that what we hear of happening elsewhere is indeed possible at some level in western societies also. 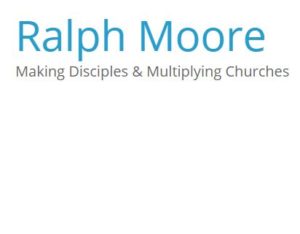 Starting with one youth group in 1971, he planted two new churches initially, then had a hand in multiplying over 70 churches from these churches. These churches continued to multiply, and by 2010 the impact through replication has spanned seven hundred churches on six continents, representing more than 100 000 people.

His method? Very simply, to disciple people to disciple others. His first priority is to disciple his leaders, and they in turn lead “mini-churches”. Each week they meet together and discuss the Bible teaching from the weekend’s services with a simple and reproducible format- What did you learn? (head), What did God say to you? (heart), and What will you do? (hands).

Another example is the multiplying movement of house churches started by Neil Cole. In 1990, Neil had a vision with a few friends to start a movement of house churches, dreaming to see 50 churches planted in 10 years. About five years into the process they realised that not much was happening. They realised they needed to shift their focus from planting churches to reproducing disciples. Remarkably, they quickly saw breakthrough.  By the end of 1999, they saw 10 new churches planted in a single year. By 2001, their original vision had actually been realised- 53 churches had been planted.

What was their method? He created a discipleship tool called the Life Transformation Group. Groups of three would meet every week. 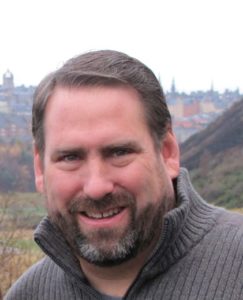 Every week, the group would be assigned 20 or 30 chapters of the Bible to read at home. If one person didn’t quite finish their readings, everybody in the group would read them all again the next week. Usually, it would take 3 or 4 weeks before everybody finished all their reading each time. But that’s not a failure, because by the end of the month, everybody really was saturated in those 20-30 chapters of scripture.

When they would meet together each week, they would discuss what they have been reading and learning, and then, each week, everybody would answer a series of accountability questions about their character. Finally, you would pray by name for two or three people you were seeking to witness to.

That’s his discipleship secret. 20 or 30 chapters a week? Accountability questions? That sounds a bit full on. Yes. But it was an effective method of discipleship- grow with God- disciple other people, and reach out to the world.

Let’s consider one more example of a multiplying movement- this time a youth group movement. In 2007, Rich Atkinson was leading a youth group in one of the toughest areas of England.

He had about 50 kids, and was trying to put on a big youth event each week like other big churches, but somehow it just wasn’t working. He realised he had a problem. Most of his kids were from middle class church families, who lived half an hour away. The rest of the kids were from the local area, and these were non-Christian kids who were very different culturally. Most of the kids were living double lives- Christian at church, but non-Christian for the rest of the week. 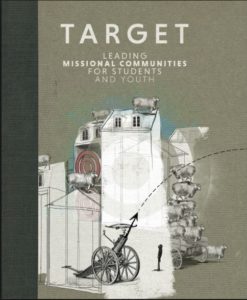 His solution was to change the vision and strategy for the youth group. Instead of organising a big event each week, and getting as many kids as possible to come, the vision become the creation of multiple small youth groups, of no more than about 30 kids in each with three leaders. Each youth group would have its own unique flavour catered to the interests of kids in that group, all meeting in different locations, and then they occasionally would come together to celebrate as a big crowd.

He started with three youth groups- one based around the church, another in a predominantly Muslim community, and a third in a very needy area. They pushed each youth group through 4 “C’s” of growth- making contact with kids, building community amongst the kids, inviting commitment to Christ, and finally building commission to create new youth groups. Over a period of 5 years, those 3 youth groups multiplied into about 45 groups, reaching over 800 teenagers all over city. This is a very different model of ministry from the standard youth group- a model of multiplying disciples rather than just growing a crowd.

As we serve the Lord whether in Australia, the US or Nepal, it is important to keep our eyes on the call we’ve been given by the Lord. “As you are going, make disciples of all the nations”. Jesus started a multiplying movement of disciples. The examples above are certainly very inspiring for us to learn from. As we serve the church in Nepal, what we are trying to develop is a training framework that will aid in stimulating multiplication of disciples like these examples we’ve considered. We would love you to join us in prayer and support for this great task we have been entrusted with.