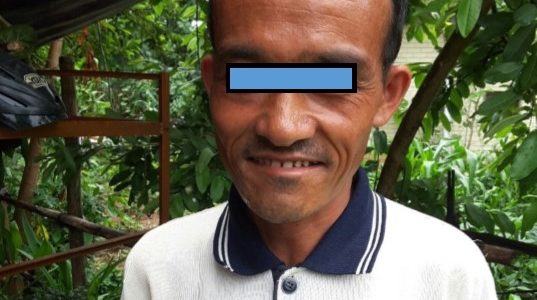 Now there are 20 households in his church!

The Story of Rukti- one of our graduating Engage students.

Rutki became a Christian after receiving a tract. On reading it, he was convinced, and followed Jesus accordingly. He had been a Hindu, an idol worshipper and following rituals previously. He used to read Hindu books, but when he read the tracts, he became convinced. He used to drink alcohol a lot, but when he became a Christian, he left that behind. He was changed in his life.

He joined the Training Institute because he was looking to obtain learning from the Bible, and to go deeper into Gods word. The format of doing one week every three months was very good for him.

In his home church, he is leading his fellowship, preaching, and leading the service. After joining the course two years ago, he began evangelizing surrounding areas, and now 7 households have become Christians. There are now 20 households in his church, whereas before there was only 10. Essentially he has already started a new church, with the official pastor coming to help them for special occasions like the Lord’s Supper.

Rutki has a vision to build a small church building for the church he has already planted. In the future he desires to do another church plant in a village 2 hours walk away, where there are 2-3 families who are currently walking to join him in his church.