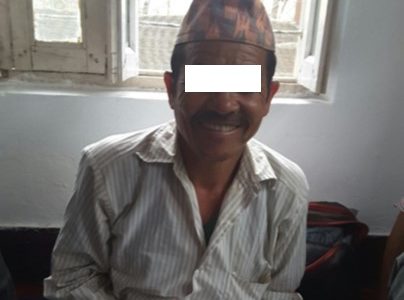 The Church Is Continuously Growing…

The Story of “Bhalim”, an Engage Church Planter student.

Some 30 years ago, Bhalim heard about Christianity when he received a tract while he was at school in rural Nepal. When he read  concerning a Creator who had made everything, something happened in his heart, and he knew that the idols he had been taught to worship were empty. He came home to his village with a burning heart, wanting to share this insight with his father but he was afraid of him. Instead he shared it with his mother who felt worried by what he said and urged him to talk about it with his father. His heart was burning inside him so he felt he had to share.

“Please wait until I die before you become a Christian.”

One day he worked very hard, and made his parents very pleased with him. Then he plucked up his courage and  shared with his father about the Creator God he had learned about and how the idols they worshipped were empty. He didn’t know much else to share other than this. His father was not angry but said that this was a low caste person’s religion he had been listening to, and a western religion. It was not good, he said. However, Bhalim was stubborn in his belief, and could not drop this new conviction. He learned all that he could about the Creator God of all. His father eventually came to him and made a request. “You can hold that belief if you wish, but please, wait until after I die before publicly embracing it.” So Bhim waited until his father died before he became a Christian, a period of twenty years.

After becoming a Christian 24 families one after another came to the Lord.

However, before he became a Christian, he preached the gospel to his friends, and they started to  become Christians. Bhalim told his sick friends and the demon possessed to go to church, so they could be prayed for and be healed. They went, were healed, and became Christians. He shared the gospel with another man, who  became a Christian, and now is a church leader who has planted 9 or 10 churches. Just eight years ago he eventually got baptized, after his parents death. After becoming a Christian, 24 families one after another came to the Lord. The church is continuously growing.

A heart for church planting..

Bhalim lives a distance away from our Engage training centre. It is a seven hour journey in a bus, and then a two hour ride in a jeep or a four hour walk. He has made this journey eight times now as part of his Engage training, once every three months for one week at a time. His heart has always been to do church planting and evangelism, so he was excited when he heard about the course. He has a village in his mind where he would like to plant a church. He also has a desire to build a church where he is now. He wants to see a growing church and revival in his current church, and to have training in his own church. But he is also interested in church planting. This week Bhalim finished his two year Engage training course! Pray for him and the other students as they seek the Lord how to serve Him best upon the completion of their training.