Should We Invite People To Church Or Send People From Church?

The word “church” means “assembly” or “congregation”. It is about a group of people coming together. As such, the word church implies that there is a centripetal nature to it. Centripetal is defined as, “the force that is necessary to keep an object moving in a curved path and that is directed inward toward the centre of rotation”. That is, there is an inward attraction to the nature of church which draws people from the outside to come in and be part of it.

The Lord said, “If I be lifted up, I will draw all people to myself” (John 12:32). We see this in the Old Testament, at the high point of Israel’s history in the reign of King Solomon, with the nations streaming in to Jerusalem to see the glory of the kingdom of God and to learn of the wisdom of the God of Israel. We see a glimpse of this occurring again in Zechariah’s prophecy of a day when “Many peoples and strong nations shall come to seek the Lord of hosts in Jerusalem and to entreat the favour of the Lord. Thus says the Lord of hosts: In those days ten men from the nations of every tongue shall take hold of the robe of a Jew, saying, ‘Let us go with you, for we have heard that God is with you.’” (Zechariah 8:22-23). We see a glimpse of this described occurring in the New Testament church gathering, when an unbelieving observer witnesses the church gathered and “he is convicted by all, he is called to account by all, the secrets of his heart are disclosed, and so, falling on his face, he will worship God and declare that God is really among you” (1 Corinthians 14:24-25). 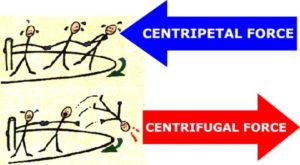 There is a centripetal force to the kingdom of God. One of the first questions people ask when you start attending a new church is how many people go to it. Commonly when you miss church and someone else gives a report on the church service, one of the first pieces of information they will give you is how many people attended that morning. It is natural for us to be interested by the gathering of God’s people. There is an attractiveness and joy in the collective gathering of God’s people and it is wonderful when we naturally want to invite others to be part of it.

However, there is also a centrifugal impulse of God’s kingdom. Centrifugal is defined as a force felt by an object moving in a curved path outward from the centre of rotation. God not only gathers his people from a place of scattered into the collective body of Christ, He also sends out his people to bring his blessing to the nations, empowered by the Holy Spirit. He sends Abraham from Ur to found the people of God in the land of Canaan. He sends Moses from 40 years in the wilderness back to Egypt to challenge the might of Pharaoh. God sent his prophets to speak to his people. He says to Isaiah, “Whom shall I send? Who will go for us?” (Isaiah 6:8). He says to Ezekiel, “I send you to the people of Israel, a nation of rebels” (Ezekiel 2:3). He sends Jonah to bring a word of repentance to the people of Nineveh. Of course, God sends Jesus His own precious Son to us, to come and live among the dust of earth with frail humanity. And then Jesus sends his disciples. He says, “As the Father has sent me, so now, send I you” (John 20:21). 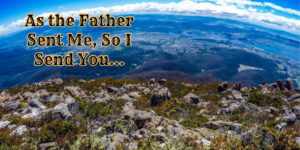 There is a balance required in stimulating both the centripetal and centrifugal activity in kingdom ministry. We need to build a warm, inviting and edifying gathering centre where new Christians can be established in their faith and established Christians be nurtured and refreshed from their times of ministry. However, Christians need also to be sent out from the comforts of our church walls to engage in ministry work out in the real world where there are the realities of broken people struggling with family breakdowns, drug addictions, illiteracy, poverty, demonic oppression, and strident unbelief. Sending out missionaries from our churches to impact our local community and beyond should not be a rare exception, but rather a central part of the church’s regular operation.

Engage is a ministry engaged in stimulating both the centripetal and centrifugal impulses of God’s kingdom. In reaching out to some of the least reached people groups of the world, of course the centrifugal impulse predominates. But we are also very interested in seeing the establishment of strong and attractive communities to nurture new Christian’s faith and equip them for new missional expansion.