The 5 Types of Churches

Level 1 is a declining church. Level 2 is a plateaued church. They have done the research and found that 80% of churches in America are either in decline or plateauing.

Level 3 is a growing church. 16% of churches in America are growing. Level 4 is a reproducing church. These are churches that are planting new churches, and 4% fit into this category. Level 5 is a multiplying church. These are churches that are rapidly multiplying. They say that essentially 0% in the United States are multiplying. There are a few which are beginning to approach multiplication, but I love the honesty of these leaders. These are some of the most successful, innovative, entrepreneurial leaders who could be bragging with stories of their own success, but instead they are saying we must be missing something. God has a bigger vision for us. In other parts of the world, such as Nepal or China, the church is multiplying.

What is their secret?

Obviously to some degree, such growth is a sovereign work of God in the world, and there is no formula which you can just apply. But having said that, isn’t it wise to stop and ask the question? What is happening in these places? Are we missing biblical principles that they have got hold of? Healthy things grow, and healthy organisms multiply. So, why should we not be multiplying?

These American leaders, the most successful church planters in their country, are reaching out to people in Asia and in Africa, and saying to them- “Can you come and teach us in our conference to unlock the multiplying nature of the church of God?”.

They brought across a leader from Taiwan called Ying Kai, who started a movement of churches which in over 12 months saw 900 new house churches start.

They brought a leader from Kenya, Oscar Muriu from Nairobi Chapel. He shared about how in 1991 their church began planting one new 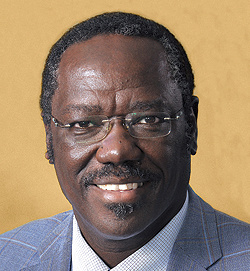 church every year, but that this has now grown to planting 100 new churches every year. Their goal is to see one million people converted, 100 000 discipled in depth, and they are making considerable progress already towards this.

This kind of thinking is also present in Nepal. A year or two ago I was talking with a Nepali church leader who frequently represents the church to Nepali government authorities and is on the board of several Nepali church networks. He was sharing with me about the very real threat to the church in Nepal from the government with the implementation of the new law forbidding evangelism and conversion to another religion. What was his solution to the problem? It was very simple. All that we need to do is plant 5000 new churches in the next five years and then we will have enough Christians to influence the government in a new direction. All this he stated without blinking an eye. This was not just a pie in the sky idea for him. He had a number of detailed strategies for how to best work towards seeing this happen.

We recently announced a new vision and goal for the Engage ministry- to see 7000 churches planted by 2025, one in each of the 7000 geographical units of Nepal. Is this an outrageously over the top and unrealistic goal? By western standards, certainly. Based on our limited prior experience, it is certainly way beyond our capacity. 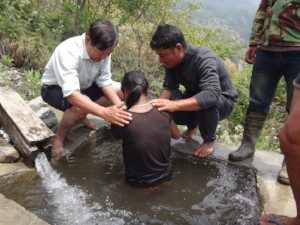 But we believe of course in a God who is able to do far more abundantly than all we can ask or think, and His power is within us, His church (Ephesians 3:20). We believe that God desires to build His church, and multiply His people. God is at work in advancing his kingdom in many countries in recent years in astonishing ways  that resemble this sort of goal we’ve adopted.

So our approach is to adopt this goal, and prayerfully make plans to enable it to happen should God be pleased to use us by His grace. We are building the framework of our ministry around this goal with the question of how we can facilitate the multiplication of the work as a primary issue. Of course we may fail. But our responsibility is to plan and prepare as the Lord enables us for what we know is a God-glorifying outcome and goal. So this is our goal and vision, and we would love to have you join us as our partners in this work.