“Please pray for our nation at this time”.

Tanka Sabedi is a prominent leader of the church in Nepal, being involved in leadership positions in the Nepal Church Society, the director of a distance Bible College (ITEEN), and the chairman of the Religious Liberty Forum of Nepal. We are privileged to have him share with us today of the great need for prayer for the church in Nepal at the moment.

The Church in Nepal has seen a tremendous growth in the past two decades. Almost 50% of the number of believers are 5 years or less in faith. Desp 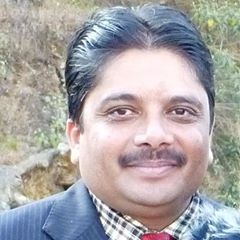 ite a ban on conversion since the 1960’s, the church was growing slowly. There were 500 Christians in jail in different time periods, but with the democracy instituted in 1990, all of those were released.

Hundreds of thousands of Hindus and Buddhist who believed in Jesus secretly started professing it openly and many more heard the good news for the first time.

The Hindu majority society in Nepal is greatly influenced by India in many ways.  With the rise of Prime Minister Modi in India, the government of Nepal who was writing it’s constitution last year included clauses so that conversion would be banned. This would then lead to a law that completely bans the sharing of your faith other than ‘Sanatana’, which generally means the Hindu faith. According to the new law, there can be a sentence of up to 5 years imprisonment and Rs.50000 fine for converting someone from ‘Sanatana’ religion to another religion.

Apart from the main constitution and law there are also policies not allowing faith-based organization to function officially. Here are the points to pray for. Despite continuous efforts nationally and internationally we have not achieved a lot in this regard till this date.

Please Pray for our nation.

Remove the clause 26-3 of the constitution which states that no one can be converted. In the clause 26-1 of the constitution, it has to be made specific that any one will have the right to choose, change, influence, practice, propagate, teach, train or leave a faith or religion on his own will.
Make laws and bylaws for all the religious entities to register with the concerned authorities of the nation as well as to protect and regulate their properties and rightful activities.
Pastor Tanka Subedi
March 21, 2018